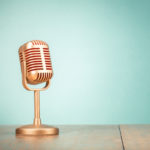 This is a new position, and the successful candidate will play a key role in evaluating funding requests in the Foundation’s Social Impact - Education grantmaking portfolio.  This is a full-time position. For more information, click here.   … END_OF_DOCUMENT_TOKEN_TO_BE_REPLACED Since its founding in 1995, About Face has been dedicated to developing new work in Chicago and supporting LGBTQ+ artists at different stages in their process and careers. To date, About Face has presented 48 world-premiere plays, which have won critical acclaim and major recognitions including the Pulitzer Prize for Drama, the Tony Award for Best … END_OF_DOCUMENT_TOKEN_TO_BE_REPLACED